This was the prompt for the 28th of April for Microcosms Fiction.

Hi, y’all! Welcome to Microcosms 69. What intriguing delights do we have to get your flash fiction fingers flying this week?

I was beginning to think that I was overdoing the birthday thing as a basis for the contest post, until I discovered that this day, 28 April, in 1948, saw the birth of Sir Terry Pratchett OBE, one of the UK’s best-loved and most prolific authors.

He is widely known for his Discworld series for which he wrote a staggering 41 novels. He was the UK’s best selling author of the 1990s, and, according to the Wikipedia Discworld Portal, still holds the record for the most shoplifted books!

Some of my favourite Discworld novels are:

Large black fedora hats off to you, Sir Terry!

We spun, and our three elements are – character: Postman/Mailman , setting: Castle, and genre: Romance.

I didn’t like the original prompt, so I spun and got:

It was like a memory of a dream. Yet the wood splinters burning in my arm promised that this was real.

To read this story and others like it, get Twisted Tales now. https://www.books2read.com/u/m2v961

Twenty-four flash fiction tales filled with folklore and mythology, creeping in on the edges of nightmares, and twisting around the various sub-genres of fantasy.

I actually forgot that I was busy writing this – blame it on nearly reaching the end of the AtoZ and trying to figure out what’s going on in season 5 of Teen Wolf – though I did figure out a few things before it got revealed at the end. I think I got the whole horror part of dark fantasy down now.

The judge’s favourite line: It was like a memory of a dream.

What do you think of the story? Did you enjoy season 5 of Teen Wolf as much as I did? 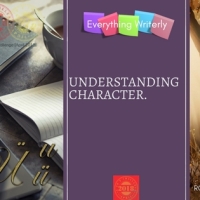